On the booming beer market in Cameroon one local brewery isn’t simply out to make a few fast bucks – or francs – but is instead going for sustainability, high-quality products and future-proof technology. This strategy is proving extremely successful and has made the company the market leader in major cities. 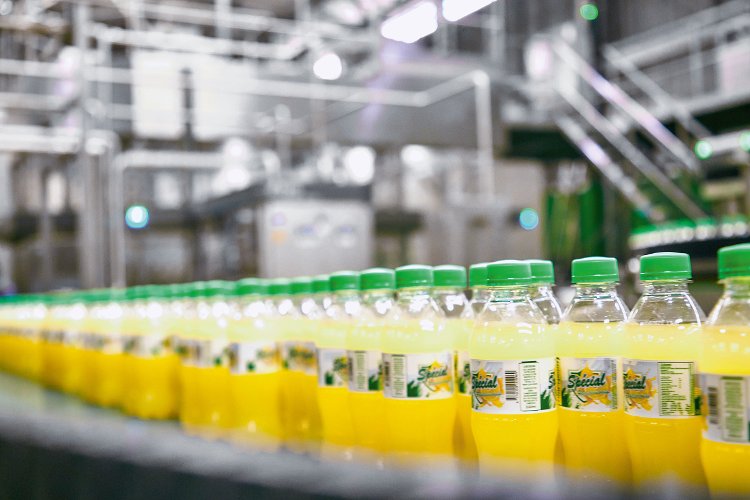 Fast urbanization and a rapidly growing middle class are turning large swathes of the African continent into a dynamic market that holds great potential. With their sales markets in North America and Europe stagnating or declining, this is something international breweries especially are profiting from and where they see new opportunities. Consumption is rising every year by 5%; in 2015 experts from the Deutsche Bank already forecast that by 2025 more than a third of the growth in worldwide beer sales would be attributable to sub-Saharan Africa.

This trend is also evident in Cameroon, whose gross domestic product has more than doubled over the last 15 years. However, it’s not just the big international names that are quenching the increasing thirst of the population here. One local business is also in the same top league as the major players: Union Camerounaise de Brasseries (UCB) based in the port of Douala ranks second on the Central African market between two big global breweries. With its traditional King Beer and Kadji Beer and K44 brands UCB is very popular in Cameroon. The company is also heralded as something of a pioneer.

A considerable amount has been invested in new technology since 2016: this includes two new returnable glass lines, for example, for which KHS supplied the entire packaging and palletizing sections in 2019 and 2020. Furthermore, in May of 2021 a KHS PET line – UCB’s very first– was commissioned for the relatively new segment of soda pop and water. It has a capacity of up to 20,000 bottles per hour and comprises a stretch blow molder/filler block, labeler, packaging machine and palletizing equipment. At the time of writing UCB is also considering filling its beverages into cans; in keeping with its role as a trailblazer, this would make it the first brewery in Cameroon to operate its own can filling process.

The coronavirus pandemic caused a number of delays among sub-suppliers responsible for preceding work, particularly in 2020, that could be largely compensated for as both the packaging and palletizing sections of the second glass line and the new PET line were more or less fully implemented by the KHS subsidiary in Nigeria. This meant that installation and commissioning were completed within the given time frame.

Many other KHS projects currently in progress in Cameroon illustrate that the country is booming and steadily becoming an attractive market for the Dortmund systems supplier. In the past, the French-speaking countries of Africa especially imported a large percentage of their beverages. However, more and more local retailers and bottlers are now asking themselves why they should ship beverages in from Europe when they could bottle them themselves in their own region.

Cooperation between Bergmann Brauerei and KHS: united in brewing tradition

KHS and Eckes-Granini launch bottles made of 100% rPET

KHS and Martens strengthen their partnership